It is a matter of pride for Panjab University and particularly Department of English and Cultural Studies, PU as one of its Professor Dr Rumina Sethi has been nominated as a member of the newly constituted General Council of Sahitya Akademi, New Delhi. Her term as a member of this council has begun from January 1, 2018.

It shall be noted that recently Professor Sethi was spotted in a quarrel between a clerk named Yogesh. Prof Sethi had resigned on December 16 from chairpersonship of the English department over a faculty meeting called to resolve the issue between her and the clerk. She claimed in her resignation that she was humiliated in the meeting in which the teaching faculty also acted against her.

However, her resignation has so far not been accepted. Vice Chancellor Arun Kumar Grover has also approached her, however she has declined the Vice-Chancellor's request to reconsider her resignation.

Professor Rumina is a Phd in English from Trinity College Cambridge, and was a British Academy Fellow at Oxford for four years. Professor Sethi’s appointment as a member in the National Academy of Letters is a great achievement. She is indeed an inspiration and impetus behind the world of creative and critical writing. She has significantly contributed to the debates in contemporary political and literary theory. 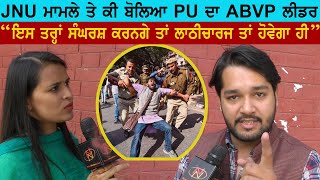 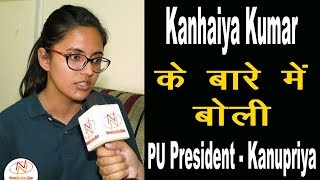 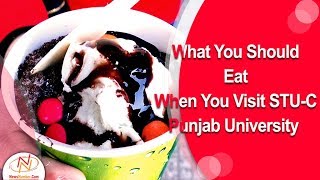 You won't find this shake anywhere else ! Student's #Canteen, #PunjabUniversity, also known as #StuC, is a food lover's paradise. It serves some very delicious meals and that too at affordable prices. Next time when you visit #Chandigarh, do visit Stu C and have this yummy affordable #Shake that you won't find anywhere else. ...

PU, on the occasion of 155th birth Anniversary of Swami Vivekananda, in Collaboration with Vivekananda Kendra and Youth for Seva organised Surya Namaskar session ...

PU Professor joins as President of Indian Society of Parasitology

Prof. Sukhbir Kaur, Chairperson, Department of Zoology, Panjab University Chandigarh got unanimously elevated to the pivotal position of the President of the 'Indian Society of Parasitology-ISP'. ...

The Department of Computer Science and Applications, Panjab University, Chandigarh organized technical talks and mock interviews for the students of MCA and M.Sc. (Honors School Computer Science) for the Chandigarh, Hoshiarpur and Muktsar campus. ...