Trump, in St. Charles, Mo., was in the middle of calling the Republican tax plan "rocket fuel" for the U.S. economy, when he deviated and took a shot at "little rocket man."

Kim and his hype arm have responded in kind, calling Trump a "mentally deranged dotard (senile person)," saying he deserved the death penalty and pledging to decimate the U.S. if it attacks North Korea. 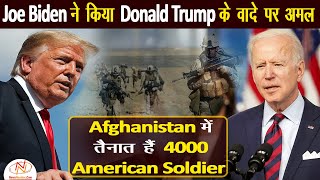 On Friday, US President Donald Trump said top Iranian general Qasem Soleimani was “terminated” when he was on the verge of attacking US diplomats but he insisted that Washington is not seeking to topple Iran’s government. ...

According to the Pentagon, US President Donald Trump ordered the killing of Iran Revolutionary Guards commander Qasem Soleimani, who died in Baghdad “in a decisive defensive action to protect US personnel abroad." ...

United States President Donald Trump has said that he will sign an initial phase one trade agreement with China on January 15. ...

US President Donald Trump does not expect war with Iran

On Tuesday, US President Donald Trump said that he does not foresee a war with Tehran after pro-Iranian demonstrators stormed the US embassy in Iraq. ...

On Wednesday, North Korean leader Kim Jong Un said his country will continue developing nuclear programmes and introduce a “new strategic weapon” in the near future, state media KCNA said after the United States missed a year-end deadline for a restart of denuclearisation talks. ...

On Tuesday, protesters shouting "Death to America!" bashed into the US Embassy compound in Baghdad as protests intensified after U.S. airstrikes killed 25 fighters of an Iran-backed militia in Iraq. ...

On Wednesday, North Korean leader Kim Jong Un is set to make a closely watched New Year address which is likely to offer a glimpse of a "new path" he has vowed to take if the United States fails to meet his deadline to soften its stance over denuclearisation. ...