As per the notification issued by the Department of Personnel (Personnel Policies-III Branch), Punjab Government has appointed Jaspal Singh, IAS as the new member Secretary of 6th Punjab Pay Commission. This is in addition to the present assignment undertaken by Singh. Jaspal Singh Principal Secretary Tourism had also been given the additional charge of Secretary Personnel in April 2017.

Singh has replace Anurag Aggarwal, IAS who took the charge of the same post in November 2016. In addition to this, Jaspal Singh has also worked as Principal Secretary of Public Works Department of Punjab Government. Earlier he had been working as Secretary Expenditure and Science, Technology & Environment.

Singh has a very wide portfolio has far as his previous postings and assignments are concerned. He has a great experience with government of Punjab in various fields. He has also worked as a Secretary, Expenditure (Dept. of Finance), Secretary, Planning and Special Economic Package, Secretary Programme Implementation and in addition Secretary, social Security, Development of women and Children. 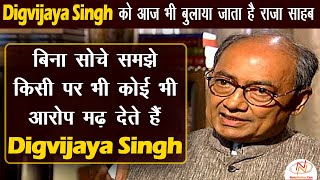 US to deploy 750 soldiers after protest at U.S. Embassy in Iraq -Pentagon chief

On Tuesday, Defense Secretary Mark Esper said that the United States is immediately deploying about 750 soldiers to the Middle East in response to the violent protests at the U.S. Embassy in Iraq. ...

On Tuesday, Hong Kong`s chief secretary, Matthew Cheung, said that he was disappointed with recent protest violence after a period of relative calm, as the Asian financial hub geared up for more anti-government demonstrations in coming days. ...

UN Chief warns against ‘survival of the richest’ on climate

On Thursday, the United Nations Secretary-General warned in Madrid that the failure to tackle global warming could result in economic disaster, as negotiators at the U.N. climate talks remained deadlocked over key issues. ...

'Those who planned Mumbai attacks still not convicted'- Mike Pompeo

On Tuesday, US Secretary of State Mike Pompeo said that it is an “affront” that perpetrators of the Mumbai terrorist attack have still not been punished, the 11th anniversary of the 2008 massacre of 166 people by Pakistan-based terrorists. Six of the victims were Americans. ...

Shaping bureaucracy their own way, has UPSC gone to the dogs? (NewsNumber Exclusive)

We as responsible citizens of this nation hail our democracy and its tiers including the Legislature, Executive and Judiciary ...

Questions are being raised on the promise made by Prime Minister Narendra Modi led BJP government to make India a $5-trillion economy by 2024 ...