Spanish painter Pablo Picasso's one of the best known portraits 'Seated Woman in Blue' went down the hammer for $45 million (£35 million) in New York.

Picasso had painted one of his many lovers, Dora Maar, in a purple blue hat in his distinctive distorted style and named the painting Femme Assise, Robe Bleu (Seated Woman in Blue Dress).

The painting was seized by Nazis during World War 2 and was later intercepted by French Resistance fighters. Later it went to a US collector and and six years ago it was sold for $26m.

A Spanish court has ruled out airline Ryanair's policy of charging a fee for hand luggage by calling it excessive after a passenger was fined for taking a carry-on bag without a special ticket. ...

'No sexual consent is a rape'- Legal panel tells Spain

Experts have come to a decision that Spanish law will be toughened to define any non-consensual sexual act as "assault" or "rape" instead of "sexual abuse". ...

Knife attacker in Spain town was gay and suicidal- Reports

According to the Spanish media, a man who on Monday was shot dead as he tried to attack a Spanish police station, had come out as gay months prior and wanted to commit suicide, his wife said. ...

On Monday, Spanish media published images that showed Barcelona terrorist attackers in a terror cell preparing explosives ahead of last year’s attack in Barcelona and a nearby seaside resort that claimed lives of 16. ...

On Sunday, hundreds of Catalans who supported unity with Spain, rallied in Barcelona, two days after Catalonia's regional parliament defiantly voted for defection and incited the Spanish central government to take direct control. ...

On Wednesday, Catalan leader Carles Puigdemont rebuffed the opportunity to speak at the Spanish Senate on Thursday to present his case over the application of Article 155 of the Spanish Constitution. ...

According to the Spanish Defense Ministry, on Tuesday, an F-18 fighter jet crashed at an air base outside Madrid. ... 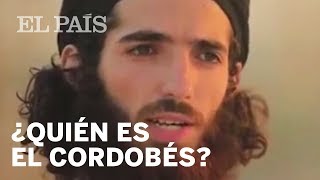 The extremist group, Islamic State, ISIS has posted its first Spanish language video in which it has declared that it will take back the country's Iberian peninsula as part of its caliphate. ...

Militants in Spain planned a massive attack with 100 gas tanks

On Sunday, the Spanish police put up scores of roadblocks across northeast Spain in hopes of seizing an elusive suspect from the 12-member Islamic extremist cell that mounted two vehicle attacks and plotted much deadlier carnage using detonatives favoured by Islamic State militants. ...

"This was a jihadist attack"- Spanish Prime Minister

According to a source from the local government, on Tuesday, a man was arrested after attacking a policeman with a large knife on the border between Morocco and the Spanish enclave of Melilla. ...

During a festival in south-west France, a Spanish bullfighter, Ivan Fandino, 36, died after being perforated. ...

On Thursday, Valira River in northeastern Spain turned bright green. The residents were shocked when they witnessed the same. ...

Hundreds of people in Madrid, the Spanish capital, would be celebrating this Christmas after winning the annual Christmas lottery, El Gordo, with prizes totaling a bumper $2.4 billion. ...