Nearly three years ago when the Islamic State group captured the Syrian town, Mustafa al-Taee as a witness bore the militants’ brutal rule by secretly painting what he had seen with his own eyes.

“They committed countless crimes and those crimes needed to be documented,” said the 58-year-old artist, speaking in his home in the northern town of Hamam al-Alil, near the city of Mosul. “There were no journalists, no cameras.”

While showing his paintings, he came across a child with an amputated hand.

“Because he was starving, this child was going through the garbage, collecting empty Pepsi cans to sell and food leftovers to eat later,” al-Taee said. A roadside bomb planted by the militants exploded, tearing off the child’s hand and legs.

“I expected them to shoot me at any time,” al-Taee said.

He was imprisoned for 15 days, and for a month after he was liberated, he was unable to draw or paint.

“I couldn’t eat, I couldn’t draw. I was scared,” he said. But he eventually started again, painting and drawing pictures that illustrated life under the extremists and hiding them in a friend’s car. When Iraqi forces drove the militants from Hamam al-Alil late last year, he no longer had to worry about being found out.

Reflecting on the risks he took, he said he couldn’t bear to give up his art. It’s an addiction, he said, “like smoking is an addiction for others.” 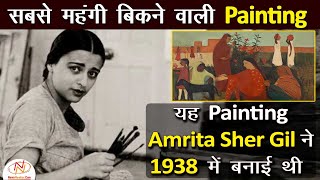 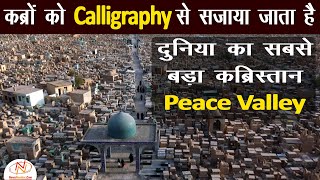 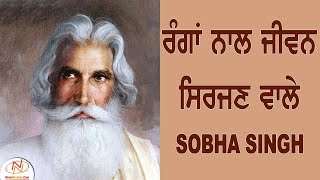 Sobha Singh (29 November 1901 – 22 August 1986) was a painter from Punjab, India. His main focus was Sikh gurus, their life and work. His series on the Sikh gurus have dominated to an extent that his paintings dominate the public's perception associated with Guru Nanak Dev Ji and Guru Gobind Singh ji. ...

On Sunday, the Iraqi parliament called on the government to work to end all foreign troop presence as a backlash grew after the killing of a top Iranian military commander and an Iraqi militia leader in a US strike in Baghdad. ...

On Saturday, the White House sent Congress a formal notification of Friday’s U.S. drone strike that killed a top Iranian general, amid complaints from Democrats that President Donald Trump did not notify lawmakers or seek advance approval for the attack. ...

On Saturday, Iraq’s military denied an air strike had taken place on a medical convoy in Taji, north of Baghdad. ...

The protesters who took to the streets to demonstrate against the US attacks targeting an Iran-backed militia and protested outside the US embassy in Iraq have withdrawn from the area on the 2nd day after a tense standoff. ...

On Tuesday, dozens of angry Iraqi Shiite militia supporters broke into the U.S. Embassy compound in Baghdad after smashing the main door and setting fire to a reception area, prompting tear gas and sounds of gunfire. ...

On Sunday, Iraqi anti-government protesters blockaded an oil field and rallied in southern cities while political factions remained paralysed in their attempts to form a new government. ...

On Monday, the death toll from drone attacks of the United States against Kata'ib Hezbollah militia in Iraq has risen to 25, with 51 others left injured, the Iraqi Popular Mobilization Forces, also known as Hashd al-Shaabi. ...

The United States has conducted airstrikes against Iranian-backed paramilitaries in Iraq and Syria following the death of a US contractor. ...

According to the state media reports, on Sunday night, Syrian air defences opened fire in response to missiles being fired from inside Israel. ...

On Friday, the members of the United Nations Security Council decided not to support a Russian resolution that would have allowed cross-border humanitarian aid deliveries into Syria through two crossings for a period of six months. ...

The United Arab Emirates' top diplomat in Syria has appreciated President Bashar al-Assad for his "wise leadership", in one of the strongest expressions of support yet from a country that once backed Damascus' enemies in the civil war. ...

Iraqi PM, Abdul Mahdi to give his resignation after bloodiest day in protests

Iraqi Prime Minister, Adel Abdul Mahdi will be giving his resignation, according to his office. ...

According to the Israeli military, it had hit dozens of Iranian targets in Syria on Wednesday, carrying out a “wide-scale” strike in response to rocket fire on the Israeli-controlled Golan Heights the day before. ...

Israel said that it has hit dozens of targets in Syria belonging to the government and allied Iranian forces. ...

A report from the Pentagon said on Tuesday, the Islamic State group took advantage of both the US withdrawal from northeastern Syria and the Turkish incursion to regroup and could prepare new attacks on the West. ...