Victoria (British Columbia), January 24, 2022:  Canadian MP Brad Vis has sponsored a petition in the House of Commons to advocate for direct flights from Canada to Amritsar, a long pending demand of Punjabi diaspora in Canada. He represents the British Columbian constituency of Mission-Matsqui-Fraser Canyon in the Canadian parliament and is also the Shadow Minister for Pacific Economic Development. "Brad Vis MP" src="https://wall.newsnumber.com/cmsimages/20220125/172222__front.jpg" style="float:left; height:100px; width:100px" MP Vis in a statement released to the press through his social media channels said that “Many constituents in my riding and throughout all of B.C. have family ties to Punjab, India. Despite the demand, direct flights between Vancouver and Abbotsford to Amritsar still do not exist. I am proud to support the Fly Amritsar Initiative’s House of Commons e-petition calling on the Government of Canada to explore options to create a direct flight to Amritsar” The petition urges the Federal government of Canada to leverage its ownership share in Air Canada for encouraging the company to explore options about the initiation of direct flights between Vancouver/ Toronto and Amritsar in India. The House of Commons e-petition has garnered over 7000 signatures so far, was launched last week by Mohit Dhanju, a resident of Surrey-British Columbia, and spokesperson for the FlyAmritsar Initiative, civil society advocacy working for connecting Amritsar airport to destinations across the world. "Fly Amritsar requests to sign petition" src="https://wall.newsnumber.com/cmsimages/20220125/172222__w3.jpg" style="float:right; height:150px; width:106px" FlyAmritsar Initiative is looking for massive support from Punjabi’s across Canada by actively signing this petition as they feel people are fed up with long travel hassles through Delhi said, Dhanju. He said the House of Commons petition is a great tool for constituents to bring their issues to the notice of the Government of Canada. The petition can be signed by any Canadian citizen or resident of Canada irrespective of their age. The petition will be tabled in the Canadian Parliament after it is closed for signatures, last date for signing the petition is Feb 11th, 2022, he said. In a joint statement, Anantdeep Singh Dhillon, Convener (North America), and Sameep Singh Gumtala Global Convener of FlyAmritsar Initiative have appreciated the recent efforts of Conservative MP Brad Vis for sponsoring the petition to further highlight this long pending demand of Punjabi diaspora for direct flights from Canada to Amritsar. They have expressed gratitude to MP Vis, for proactive advocation about direct flights between Vancouver/Toronto to Amritsar in India. Dhillon said that petition highlights the fact that Canada, has one of the largest numbers of immigrants from Punjab, India. No airline currently provides direct flight services between Canada and Amritsar. The present traveling options are first flying to Delhi and then further travel to destinations in Punjab either by road, rail, or flying into Amritsar with a long layover at Delhi, thus adding 25-30 additional hours to an entire trip.

Gumtala added that numerous Canadian citizens, permanent residents, and other visa holders travel year-round from across Canada to Punjab for business, pleasure, and family reasons. After complete COVID-19 lockdown in India during late March 2020, it was estimated that over 40,000 Canadian residents were stuck in Punjab. The huge demand for repatriation flights from Amritsar instead of Delhi, made the Canadian Government operate 25 special repatriation flights from Amritsar that brought back more than 7500 Canadians. This E-petition can be signed by Citizens and residents from across Canada, by visiting the website https://petitions.ourcommons.ca/en/Petition/Details?Petition Another way to sign the petition is in paper form, this form can be obtained by downloading the pdf file. After completing the paper forms they can be mailed postage-free to MP Brad Vis's office. 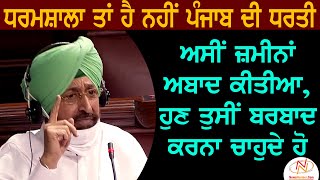 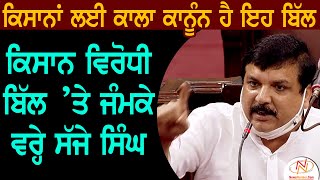 After the controversial appointment of Dinker Gupta as DGP Punjab, IPS officer Mohammad Mustafa had moved the Central Administrative Tribunal over his non-empanelment by the UPSC ...