Telescope lifts off on a historic mission

Webb will see farther into our origins: from the formation of stars and planets to the birth of the first galaxies in the early Universe. Its mission is to #UnfoldTheUniverse, which will change our understanding of space as we know it. It has been built by an international collaboration between NASA and its partners, ESA (European Space Agency) and the Canadian Space Agency. Thousands of engineers and hundreds of scientists worked to make Webb a reality, along with over 300 universities, organizations, and companies from 29 U.S. states and 14 countries. The @NASA Webb observatory was launched into space by Ariane-5 rocket from the European Space Agency's Kourou spaceport in French Guiana on Christmas day. At about 7:20 am ET (12:20 UTC), the beginning of a new, exciting decade of science climbed to the sky. The $10bn James Webb telescope that took 30 years to build has left Earth on its mission to show the first stars to light up the Universe. This observatory launched today is NASA’s largest and most powerful space science telescope ever constructed. Webb’s enormous size and frigid operating temperature (around -233°C) present extraordinary engineering challenges. After launching from French Guiana, the observatory will travel to an orbit about one million miles (1.5 million kilometers) away from Earth and undergo six months of commissioning in space—unfolding its mirrors, sun shield, and other smaller systems; cooling down; aligning; and calibrating. Astronomers worldwide will then be able to conduct scientific observations to broaden our understanding of the universe. Webb will also complement the science achieved by other NASA missions. The James Webb Space Telescope (Webb) is the next great space science observatory following the Hubble Space Telescope, designed to answer outstanding questions about the Universe and to make breakthrough discoveries in all fields of astronomy. Webb, named after one of the architects of the Apollo Moon landings. Engineers working with the US, European, and Canadian space agencies have built this new observatory to be 100 times more powerful than Hubble. Webb builds on the successes of Hubble and complements the data collected by ESA’s Herschel Space Observatory as well. It is equipped with a 6.5m-wide (21.3 ft) mirror, that is comprised of 18 gold-plated hexagonal deployable segments, the huge mirror is made from beryllium coated in gold. The telescope also carries four super-sensitive instruments and is protected by 5 layers of deployable sun shield, the size of a tennis court. Webb carries four scientific instruments namely: Near-Infrared Camera (NIRCam), Near-Infrared Spectrograph (NIRSpec), Mid-Infrared Instrument (MIRI), and Near-Infrared Imager and Slitless Spectrograph (NIRISS) with the Fine Guidance Sensor (FGS) for taking different measurements. Webb sees in infrared wavelengths, which allows astronomers to observe distant objects. As a result of the expansion of the Universe, very distant objects are highly redshifted (their light is shifted towards the redder end of the spectrum) and so infrared telescopes are needed to study them. While Hubble allows us to peer back to 'toddler' age galaxies, Webb will have the capability to study 'baby' galaxies, the first to form in our nearly 14 billion-year-old Universe. Webb will stare for days at a very narrow spot in the sky to detect light that has been traveling through the immensity of space for more than 13.5 billion years. Webb will see farther into our origins – from the Universe's first galaxies to the birth of stars and planets, to exoplanets with the potential for life. After the launch, in their congratulatory messages, the heads of different space agencies involved shared their happiness about the successful launch of the mission. “Launching Webb is a huge celebration of the international collaboration that made this next-generation mission possible. I want to thank everyone involved with the design, construction, and launch of this ambitious telescope, for making this day a reality. We are close to receiving Webb’s new view of the Universe and the exciting scientific discoveries that it will make,” says Josef Aschbacher, European Space Agency Director-General. “CSA is proud to have contributed critical instruments to this large‑scale international partnership as part of a global effort to spur the next great scientific leap. Canadian astronomers are excited to use Webb’s data and benefit from the tremendous science opportunities offered by this one-of-a-kind observatory,” says Canadian Space Agency President Lisa Campbell. “The James Webb Space Telescope represents the ambition that NASA and our partners maintain to propel us forward into the future,” says NASA administrator Bill Nelson. “The promise of Webb is not what we know we will discover; it’s what we don’t yet understand or can’t yet fathom about our Universe. I can’t wait to see what it uncovers!” Watch the attached video or explore the deployments tracker for more on how NASA #UnfoldTheUniverse. Video credit- NASA; images courtesy ESA; NASA.

Trump suggested that moon is part of Mars and NASA should focus more on the red planet instead of sending missions to the moon ...

Chief of the US space agency James Bridenstine said that the cooperation of NASA with ISRO remains intact, days after he denounced India and termed its anti-satellite weapon test a "terrible thing" for creating about 400 pieces of orbital debris. ...

Spacewalks are somewhat rare and are usually done for reasons that include exterior work on a spacecraft or satellite, or testing new equipment. ...

NASA said it made its last attempt at contact Tuesday evening. ...

The partial shutdown of the United States Federal government has had a serious impact on the country's space agency NASA and development work on most future space missions has been slowed or suspended. ...

Because of a blunder of the UK government, more than 100,000 sick and disabled people were denied the benefits ... 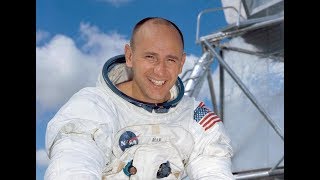 Bean has walked on the moon during the Apollo 12 mission and commanded a crew on the Skylab space station in 1973 ...

Uber to open lab in Paris for flying taxis

NASA's scientists have discovered a galaxy which is 2500 light years away from us, thus making it the farthest known galaxy in the universe ...

A three member crew comprising US, Japanese and Russian astronauts have taken off from Kazakhstan on Sunday for a two day trip to the ISS ...

US President Donald Trump has nominated Oklahoma congressman, Jim Bridenstine, as the next administrator of NASA ...

Florence, the largest asteroid in more than a century is set to pass by Earth at a safer distance of 4.4 million miles (7 million km), NASA says ...

According to the data revealed by the United States Space Agency, the total solar eclipse of August 21 attracted more traffic to NASA websites than any other event on record. ...

Images of the new iceberg snapped from Space

Scientists' calculation of the latest iceberg came true a few days ago when the iceberg representing about 10 percent of the Larsen C ice shelf, broke off this week ...

Hubble captures two galaxies zooming past one another

NASA's Hubble Space Telescope has captured stunning images of two galaxies zooming past one another ...

A photo of Mr Pence touching a piece of hardware - despite a large sign that read "do not touch" has gone viral ...

The mission to geostationary orbit is slated to lift off from NASA’s Kennedy Space Center this weekend ...