When asked about a social media post of Thunberg related to the bushfires, Morrison said that he would remain focused on Australia’s interests, Xinhua reported.

“Australia and the Australian government will set our policies based on Australia’s national interests, on what Australia needs to do,” Morrison told reporters while visiting evacuees in the state of New South Wales.

“That’s where I keep my focus. It’s not for me to make commentaries on what those outside of Australia think that Australia should do,” he added.

On Sunday, the 16-year-old Swedish activist posted on social media accompanied by a news story regarding the Australian fires -- “not even catastrophes like these seem to bring any political action. How is this possible?”

“Because we still fail to make the connection between the climate crisis and increased extreme weather events and natural disasters like the #Australia Fires,” she said.

Without directly referring to Thunberg, Morrison remained staunchly committed to his defence of balancing climate concerns with that of the national economy.

“I’m not here to try to impress people overseas,” he said. 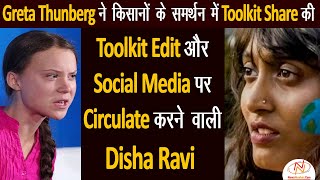 Greta Thunberg changed her name to Sharon on Twitter, in honour of a game show contestant who appeared to have no idea who she was. ...

Greta Thunberg turned 17 on Friday,. She marked her birthday with a seven-hour hour protest outside the Swedish parliament. ...

'I wouldn’t have wasted my time on Donald Trump':- Greta Thunberg

On Monday, teenage climate change activist Greta Thunberg said that talking to U.S. President Donald Trump at a United Nations summit on global warming would have been a waste of time since he would not have paid any attention. ...

Greta Thunberg's father said that she has “changed” and has become “very happy” as a result of her activism that has contributed towards a global movement demanding world leaders to take action over climate change. ...

'Our house is on fire' says Greta Thunberg

On Saturday, echoing the cautionary words from her famous speech at the World Economic Forum earlier this year, Swedish Climate Change activist Greta Thunberg jumped on the bandwagon to sum up 2019 in just five words, reminding the world once again of the fact that “our house is on fire.” ...

Greta Thunberg apologises for her 'put leaders against the wall' comment

Greta Thunberg has apologised for saying world leaders should be "put against the wall" in a speech. ...

On Friday, Melania Trump appeared to condone her husband’s criticism of 16-year-old Greta Thunberg, saying through a spokeswoman that her 13-year-old son, Barron, is in a different category than the teenage climate activist “who travels the globe giving speeches.” ...

On Thursday, Greta Thunberg, the 16-year-old climate crisis activist who was just named Time’s Person of the Year, took to Twitter to reject any notion her advocacy has a political bent. ...

Swedish activist Greta Thunberg condemned rich countries of “misleading” people over climate action at UN talks in Madrid hours before a veteran leader of the global environmental movement with whom she shared the podium was locked out of the conference. ... 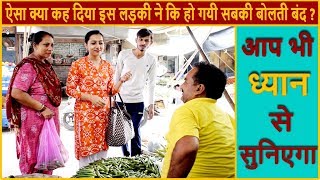 Let's Be Responsible Before It's Too Late || Navya Beri || Paras Sanotra ...

Time names Greta Thunberg as 2019 Person of the Year

On Wednesday, Time magazine named Greta Thunberg its 2019 Person of the Year, making her the first teenager to be receiving the title. ...

Greta Thunberg has been named the author of the year by Waterstones for her "inspirational" book No One Is Too Small To Make A Difference. ...

After judges passed her up for the Nobel Peace Prize, Greta Thunberg stood before a cheering throng, insisting once again that something must be done about climate change and fast. ...