Amid the CAA-NRC chaos going over across the country, when the Youth of this country who has been shouting for jobs and employment is now shouting on streets over this Hindu-Muslim propaganda inducted into the space, there have been many fronts on which the current government has failed badly.

May be, all that government wanted was that the youth who was asking for jobs shall stay hoodwinked over the real issues that are somehow leaving a detrimental effect on the country and its economy. Starting from demonetisation to the rolling of the Goods and Services Tax (GST) by BJP regime, the poor policy implementation had broke the backbone of the Indian Economy. With growth rate figures touching an all time low in the past years and the inflation making its way into the economy, the government has failed to address all these issues.

The current issue concerns the GST implementation and how it has impacted the taxation structure of the economy. When the GST was rolled out, one of the major proposal was that, the GST would raise the share of indirect taxes in gross domestic product (GDP). However, it has not worked that particular way. The major issue concerning GST now is that the central revenue concerning GST is 40 percent short of current fiscal year’s target. Also, the GST woes have passed on to the states as the states are now complaining about the non-receipt of their GST share. Not only this, CAG has reported that the actual central deficit is more than 2 percentage points higher than officially stated. This deficit is also a matter of concern that government need to address. 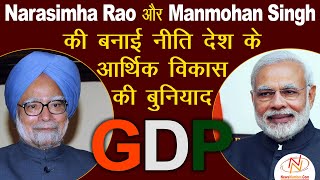 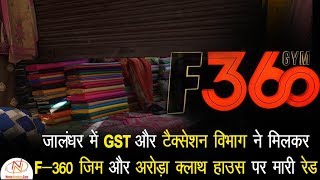 Dying Ludhiana Industry, Rahul Gandhi proposes 'Made in Ludhiana' to beat 'Made in China'

Rahul said that without ‘Made in Ludhiana’, India can never meet the challenge of ‘Made in China’ ...

2019 elections, Populism will take its toll, economy will be the witness (NewsNumber Exclusive)

The election fever for the upcoming 2019 general elections can be seen in letter and spirit in the nation with political parties resorting to populist moves to woo voters ...

The Goods and Services Tax (GST) was initiated by the Narendra Modi Government with much ballyhoo on July 1, 2017 replacing numerous central and state taxes ...