NRC Bandwagon, how saffron fervour is pushing us towards another humanitarian crisis (NewsNumber Exclusive)

NRC Bandwagon, how saffron fervour is pushing us towards another humanitarian crisis (NewsNumber Exclusive)

With much hyped push for the National Register of Citizens (NRC) in Assam, now other saffron ruling states are also mulling the implementation of NRC. On one hand the Indian government has seized the citizenship from 2 million people mostly Muslims and left them to face statelessness and incarceration, on the other hand it is now trying to compensate them by putting them in the detention camps.

Looking at the present scenario in the country, when there is a major economic crisis going on, the NRC bandwagon is spreading to other states and efforts are being made to divert the attention from the economic crisis and other potential issues. Now that the government is making serious plans to extend the NRC to the whole country, the people across the country are facing threats of detention. If this happens, there is going to be a severe humanitarian crisis.

The NRC hype has not only pushed for polarization in society along religious lines, but it has also created fear among people about illegal migrants that they are stealing their jobs and resources. Amid this, other states including Uttar Pradesh, Haryana and Uttarakhand are also trying to play politics over this much contentious issue.

Before the 2019 elections, one of the major election campaign promises of the Modi government was to put NRC into picture. There is no doubt that on the name of nationalism and saffron fervour, the BJP government is trying to polarise the nation. A similar situation could be seen in other BJP ruling states where before the assembly elections, the NRC slogan is being raised just to divert the attention of the masses from the prevailing issues.

In the latest development, as the state of Haryana is going to witness assembly elections, Haryana CM Manohar Lal Khattar has already given a push to the NRC claiming that the state will implement NRC in order to get out of Rohingyas and Bangladeshi refugees. Amid this pressing for NRC, Haryana government is perhaps forgetting that the state has more important issues to tackle rather than to play such divisive politics.

Amid this, one thing is being forgotten that if this continues, there is going to be a severe humanitarian crisis in the times to come.

NPR-NRC fiasco, why are questions being raised over its connection (NewsNumber Exclusive)

Why Modi-Shah duo giving contrary statements on NRC, Are they baffled or scared by the youth protests? (NewsNumber Exclusive)

Trump suggested shooting migrants in the legs to slow them down, a new book reveals 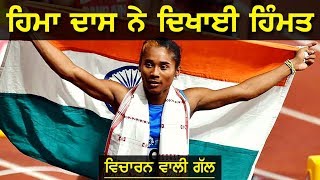 70th Republic day, How India has driven itself towards infringing civil and political rights of people (NewsNumber Exclusive)