The event is organized annually to educate and explore different areas of Sikh/Indian community culture in California, United States.

At the event, individuals and organizations were awarded for their efforts to bring the community closer. Jaspreet Kaur was honored with Community Organizer of the Year award, Congressman Josh Harder was bestowed with Leadership of the Year award while American G.I. Forum, Modesto Chapter, was given the Non-Profit Organization of the Year award.

The sensitive topic of bullying in schools and what can be done to stop it was chosen to highlight the plight of students. Positive Character Awards were also given to middle school and high school students at the event.

Jaspreet Kaur, Community Organizer, Jakara Movement was the keynote speaker at the event. She addressed the various dignitaries present and shared her views on Sikh/Indian community culture in US and what more needs to be done to bring the communities together. 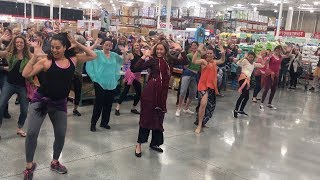 Death toll in California's deadliest wildfire revised down by one

I stepped over the line with women: Arnold Schwarzenegger

Fire in a vehicle leads to deadly California wildfire