In the run up to the results for the country’s most important and influential Lok Sabha elections on May 23, most of the exit polls by Indian news channels are predicting NDA’s victory. As per the exit polls, if the predictions go right, the BJP and its allies will get between 277 to 353 seats in the 542 seat lower house of parliament, while the Congress-led UPA is projected to get between 94-132 seats.

Amid this one sided exit poll results, two things can be ascertained at this moment. The first one is either there is a strong Modi wave or the silent voter will be the key deciding factor who can turn the scenario upside down. The silent voters are the ones who have decided not to open up to strangers, either pollsters or journalists about their political preferences.

And now, if silent voter plays that king card in favour of the UPA or Gathbandhan in the May 23 results, it’s going to be a major setback for NDA. Amid this very contentious situation, while BJP is confident of its win, the opposition is slamming the exit poll results. Congress National Spokesperson Sanjay Jha said that ‘The silent voter will be king on May 23rd 2019.” 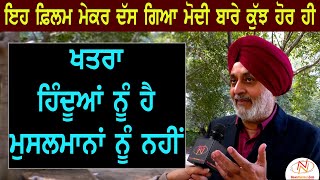