The clips shows Genie singing praises of Prince Ali as he introduces him to the people as royalty. The introduction has been shot as a song sequence which closely resembles Bollywood style of dancing.

Fans have taken to social media to compliant about the 30 second song sequence. Criticism was also directed towards director Guy Ritchie, who is directing a musical film for the first time.

It was stressful to play Genie in Aladdin: Will Smith

Disney shares first look of Will Smith as Aladdin

Men in Black reboot finally gets a title

Will Smith felt terrifying playing the Genie in Aladdin

I was racially abused by a police officer: Jada Pinkett Smith 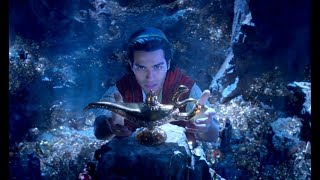 Jada Pinkett Smith: Will Smith is so 'supportive'

Willow Smith self-harmed as a child