STOCKHOLM- On Sunday, Sweden heads for a hung parliament after an election that saw support for the nationalist Sweden Democrats surge, as one of Europe`s most liberal nations turned right amid fears over immigration.

Far-right parties have made spectacular gains throughout Europe in recent years as anxieties grow over national identity and the effects of globalisation and immigration following armed conflict in the Middle East and North Africa.

In Sweden, an influx of 163,000 asylum seekers in 2015 - the most in Europe in relation to the country`s population of 10 million - has polarised voters and fractured the long-standing political consensus.

The Sweden Democrats, a party with roots in the white supremacist fringe, won 17.6 percent and 63 seats, up from 12.9 percent and 49 seats in the last election four years ago, the biggest gain by any party in Sweden's parliament, the Riksdag.

While the results also fell short of leader Jimmie Akesson`s predictions of 20 percent of the vote or more, he told a party rally it was nevertheless the winner of the election.

"We will gain huge influence over what happens in Sweden during the coming weeks, months and years," Akesson told party colleagues.

Kristersson called on Lofven to resign, but rebuffed Akesson.

"We have been completely clear during the whole election. The Alliance will not govern or discuss how to form a government with the Sweden Democrats," he said.

"There is no side with a majority. Then it is only natural to work across the political divide to make it possible to govern Sweden," Lofven said.

Stars come together to celebrate Avicii at an emotional tribute concert 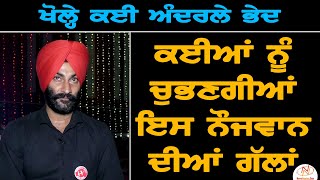