On Thursday, United Nations Chief, Antonio Guterres reiterated his stand on calling for dialogue between India and Pakistan for resolving the Kashmir issue and said that any solution should respect human rights of the people living in the Valley.

The UN secretary-general will engage whenever he can with the two nations on the issue, his spokesperson Stéphane Dujarric said at a press briefing in New York on Thursday.

The US said on Thursday that while it has seen “progress” in Kashmir, it remains “deeply concerned” about the situation and would like India to release detainees and produce a “road map” on the restoration of normalcy. It also said that Pakistan-based terrorist groups such as Lashkar-e-Taiba and Jaish-e-Mohammed are a “problem” as regards the situation in Kashmir, and the Imran Khan-led government needs to follow its promises with action on fighting terrorism.

Last month, Guterres had appealed to both the nations to avoid “potential escalation” after New Delhi and Islamabad clashed at the UNHRC in Geneva over the revocation of Jammu and Kashmir’s special status.

Responding to a question on the situation in Kashmir, Dujarric said the UN chief has called and will continue to call for “the situation to be resolved through dialogue and that any solution be rooted in the respect for human rights of the people who live in Kashmir. So, that continues to be his position”. The statement comes weeks after Pakistan, at the United Nations General Assembly (UNGA), attempted to drum up support of the international community and asked US President Donald Trump to mediate on the Kashmir dispute.

An Indian delegation has hit out at Pakistan for making “baseless and unsubstantiated allegations” against it at the UN and said that Islamabad was wasting the time of the world body by repeatedly raising the Kashmir issue. “…I would like to note that Pakistan has once again made a number of baseless and unsubstantiated allegations against India which are not borne out of facts. This Committee is aware of India’s responsible conduct in abiding by its international obligations,” Counsellor in India’s Permanent Mission to the UN, Anjani Kumar, said during a General Assembly First Committee debate on Conventional Weapons.

“I will refrain from engaging further on this issue so as not to waste any more time of this committee,” Kumar said after the Pakistani delegation accused New Delhi of using cluster munitions in J&K. 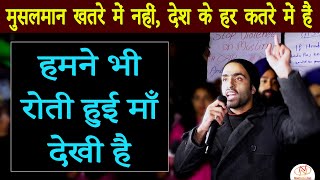 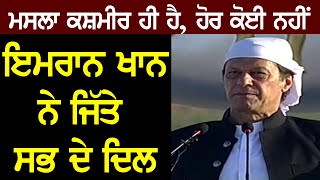